Earn 1 Airpoints Dollar™ for every $100 you spend
search

Try one of our popular searches...

Sorry, we couldn't find any
results for your search

Email to a friend

Print a Bookme voucher on your own printer and give it to someone special... even yourself!

Your Bookme account makes it easy to create and save lists of activities that you want to keep track of for later.

You can also discover and follow lists from other users!

This proudly kiwi produced musical comedy is the must-see show of the summer season!

With remarkable talent from around the globe, an $8 million budget, and world-class theatre facility, it’s easy to see why City of 100 Lovers is taking Auckland by storm!

The show is jam-packed with 16 musical numbers and its light-hearted and engaging love story perfectly captures the culture, lifestyle, and people of New Zealand's largest city.

The story follows a newly divorced food critic from New York City named Sally who gets an assignment to judge a cooking contest in the Tamaki Makaurau, the City of 100 Lovers.

Knowing nothing about New Zealand, she expects to be heartily disappointed, however after meeting her charismatic Maori tour guide, TJ, she begins to see the appeal of this beautiful country.

Watch as Sally learns about the people, culture, history, and the journey of the local people told through the magic of theatre!

A fantastic evening of entertainment for the whole family. If you are in Auckland, you won't want to miss this show!

Sorry, this product isn't currently available. Why not try one of these other great Bookme experiences... Everything is awesome...You should watch it while it last! 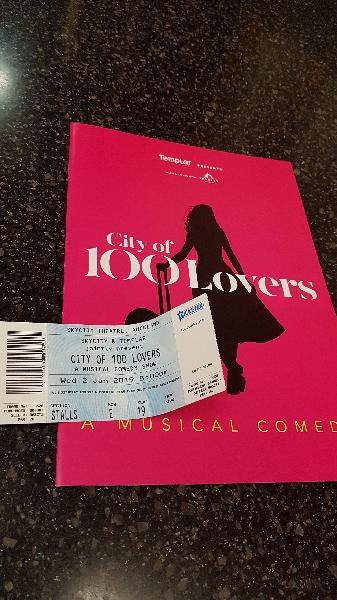 Thanks Muhammad! Glad you enjoyed it!!

City of 100 Lovers at Skycity

We have seen many Theatre shows in London and this show in Skycity, Auckland, was excellent. Entertaining, great singers and dancers, very funny at times and 90 minutes of pure enjoyment. Now looking for the songs online.

What a spectacular show! Wonderful costumes and scenes. The underwater scene was so beautiful. Every actor/singer gave their all. The theatre was half full - it should have been full because the show deserved it. More publicity needed?

Spaces Left
*Option must be made together with another price type.
Clear All Select

What does Qualmark mean for you?

This activity has a Qualmark Award

Your message has been sent to City of 100 Lovers - LIVE Stage Show - SKYCITY Theatre. You should hear from them shortly.

Please note: all responses will come directly from City of 100 Lovers - LIVE Stage Show - SKYCITY Theatre, and not the team at Bookme.