Events and festivals in South Australia

South Australia is widely known as Australia's 'Festival State'. From fun-filled food and wine events to sizzling motor racing, there's always something on.

Hold onto your sunhat, because South Australia hosts more than 500 events and festivals every year! What's more, they're very sensibly spread across the seasons, making it easy to include a foodie, arty or sporty event in your holiday itinerary.

On top of all this, there are more than 200 cellar doors on Adelaide's doorstep, 20+ craft brewers, around 15 farmers markets and untold specialty food producers. If you love to do a little self-catering while you're travelling, South Australia is like a culinary wonderland - and there's a wine or craft beer to match anything you want to whip up.

South Australia is hot and dry from December to February. If you want some fun in the sun, summer's your season.

Santos Tour Down Under

It's Australia's 'Tour de France', but without the France. Nine action-packed days of world-class cycling, street parties, gala dinners and excitement. There's no lack of lycra in this Adelaide bike race, held annually in January, because more riders join the tour every year.

The end of January is hot and dry in South Australia, so it's a grand time to head to the cooler climes of the Adelaide Hills for CRUSH, a sensory explosion of wines, regional produce, rustic music, art and theatre held at wineries around the region. General entry to CRUSH is free.

Australia's largest home-grown motorsport event and one of the best touring car races in the world, this addictive event features some legendary corners - the Senna Chicane, Turn 9 hairpin and fearsome Turn 8 sweeper. There's a lot of Kiwi-Aussie rivalry on the track, so you can look forward to some sizzling racing action.

For a whole month - from mid-February to mid-March - Adelaide goes a little crazy with the Fringe Festival. It was born in 1960 (though it doesn't look a day over 25) to celebrate all things mythical, magical and fantabulous and is now the second largest Fringe Festival in the world (behind Edinburgh). There's music, miming, juggling, circus, theatre, acrobatics, cabaret, comedy, singing, dancing, burlesque and almost every other kind of human performance expression you can dream up.

Think of an outrageous funfair, then magnify it about 100 times. The result is The Garden of Unearthly Delights, an outdoor festival as part of Adelaide Fringe, that embraces performance art, carnival rides, food, market stalls and the most unexpected sideshows. It runs for a month from mid-February.

A celebration of Frenchness - music, film, art, food and fashion - that's held at the Adelaide Festival Centre every January.

South of Adelaide is the stunning Limestone Coast region, here the town of Naracoorte invites you to enjoy live music, wonderful food and divine wines. This festival is held over four days in February.

There's very little rainfall in autumn and temperatures are moderate. Expect a relaxing, sunny holiday that's not too hot and not too cold.

Events in Adelaide sometimes double up, for twice the fun. The Adelaide Festival overlaps with the Adelaide Fringe Festival for the first two weeks of March, doubling the fun in the city. It's packed with internationally acclaimed theatre productions, performances by world-class musicians, spectacular dance pieces, renowned writers and striking visual arts displays. The days are warm and bright, the nights are starry and clear, and you'll have the cultural time of your life.

Held on the middle weekend in March, WOMADelaide presents the World Of Music, Arts and Dance from around the globe. Its venue is the magnificent inner city Botanic Park and performances are spread across seven outdoor stages. There's also a programme of workshop activities and talks, for those who want to develop their creativity and grow their knowledge.

In April, food and wine are on the Adelaide events menu big time. Tasting Australia is a paddock-to-plate celebration of food heroes and flavour combinations. It's held over eight days and encompasses every food-oriented region of South Australia - from Adelaide and Barossa to Kangaroo Island and the Flinders Ranges. As well as an appetite for deliciousness, you'll need a hire car. Stretchy clothes might also be a good idea for this food festival, because you have to leave room for dessert.

Four days of wine fun in April celebrating the start of vintage. This festival dates back to 1947, so they really know how to get it right.

Clare Valley wine, food, art, music and country hospitality - a delicious combination for a merry May.

While it rains a little more in winter, remember that Adelaide is the driest of all the Australian capitals. You can look forward to crisp, blue-sky days.

This long weekend in June is all about the happy partnership of seafood and wine. Get on your bike and make use of the local trails to get from venue to venue.

Midwinter is the perfect time for exciting, colourful and enthralling cabaret acts that tickle your fancy. Embracing jazz, comedy, dance, theatre, burlesque, vocal gymnastics and almost every kind of music ensemble, this festival is a riot of performance creativity.

Every year the Adelaide Hills wine region hosts an event that's devoted to the joy of cosy conversations, roaring open fires, slow-cooked food, and smooth, silky red wines. It's called the Winter Reds Festival and it happens over a long weekend at the end of July.

Held every two years in July, the Adelaide Guitar Festival celebrates the world's most popular instrument. Its concert programme spans rock, jazz, folk, classical, experimental, blues and roots music. Watch the web for news of the next guitar festival.

This is a refreshing time to visit South Australia. The weather's warming up and the chance of rain is minimal.

Pegged for the start of September, the Barossa Gourmet Weekend is a three-day celebration of the senses involving wineries, restaurants and artisan food producers.

Raise a glass to oysters, and all the delicious things that go with them. The annual Ceduna Oysterfest is an Eyre Peninsula tradition that happens in September.

For the whole of October, the Coonawarra wine region (four hours' drive south of Adelaide) turns on the country hospitality to pay homage to the joy of cabernet. There's an action-packed calendar of wine-tinted events, including brunches, lunches, dinners, Sunday sessions and masterclasses.

Once it was simply CheeseFest, but now this event is also a celebration of all things fermented (including wine, beer and gin!). Held at pretty Rymill Park in the centre of Adelaide in late October, CheeseFest + Ferment is a wonderful reason to book a holiday to South Australia. There are tasting stalls, pop-up eateries, masterclasses, workshops and demonstrations galore. 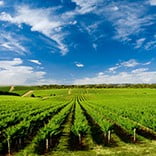