Find cheap flights from Auckland to Hawaii and you get the urban buzz of Honolulu, the 'Aloha Spirit' of Hawaiian culture and the relaxed vibe of the world's most famous tropical beach lifestyle.

Due to the ongoing impact of COVID-19 some of the information below may be out of date. Before you book international travel, please check COVID-19 entry and transit requirements.

When you fly from Auckland to Hawaii with Air New Zealand, you'll land in Honolulu on the island of Oahu. Then you can succumb to the charms of colourful Waikiki, Hawaii's most famous beach, or take your holiday to the northern side of the island for laid-back culture and adventures. For the best of both worlds, divide your time between the city and the northern beaches.

About our flights to Hawaii

Our Honolulu flights depart in the evening and arrive in the morning of the same day, so you have a whole day of fun stretching out in front of you. Connections across our domestic network, including Wellington, Christchurch and Queenstown, make it easy to access flights to Hawaii from anywhere in New Zealand.

Flight time from Auckland to Honolulu is around eight and a half hours and you have a choice of fare types - Seat, Seat + Bag, The Works, Premium Economy and Business Premier™. All fares to Honolulu include an on-demand seatback entertainment system.

Hawaii has the USA's only royal residence - Iolani Palace, which was built in 1882 for King Kalakaua. Beautifully restored, the palace is open most days of the week for tours.

If you're interested in cheap flights to Hawaii from Auckland, we run regular special offers. You can sign up for alerts to receive early notice of Hawaii flights on sale. You can also sign up to our email database to receive regular updates about fares, packages, competitions and exclusive offers.

Assembling your own flight and accommodation packages is easy using this website. During the fare booking process, you'll have the option of adding a rental vehicle. After you've paid for your airfare to Hawaii, we'll offer you the option of booking accommodation through Expedia.

Driving time from Honolulu Airport to Honolulu CBD is about 20-25 minutes. Add another five minutes if you're staying at Waikiki Beach. If you're staying on the other side of the island, allow 40 minutes travel time for North Shore and 60 minutes for Turtle Bay. 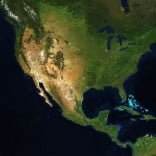 Where to go and what to see in Oahu

Oahu, also referred to as 'the gathering place', is the island that has it all - surf culture, food culture and Polynesian culture. You can revel in the shopping and nightlife of Honolulu or escape to the relaxed beach towns of the western and northern shores. Very probably you'll want a bit of both, which can be easily achieved with explorations or guided Hawaii tours beyond the vibrancy and buzz of Waikiki to the laid-back charms and beauty of the island.

Hawaii has the USA's only royal residence - Iolani Palace, which was built in 1882 for King Kalakaua. Beautifully restored, the palace is open Monday to Saturday for tours that provide insight into Hawaii's indigenous culture.

Iolani Palace is located in downtown Honolulu, the hub for Hawaii tourism and home to some of Oahu's most historic sites and distinctive architecture. It is also where you'll find bustling Chinatown, along with lively bars and eateries popular with the locals and tourists alike.

Of all the historic Hawaii attractions, Pearl Harbour is the most well-known and is free to visit. If you're keen to see the naval base and historic sites, including the USS Arizona Memorial and USS Missouri, it's a good idea to book tickets in advance. This attraction tops the list of things to do on a trip to Hawaii.

Beyond Pearl Harbour, on the way to the North Shore beaches, you can visit the Dole Plantation, 38 kilometres north of Honolulu. Pineapples have been grown in Hawaii since the early 1800s and James Dole is credited with making the Hawaiian-grown pineapple a favourite American food.

Popularised in the 1960s, when Elvis was crooning Blue Hawaii, luau evenings are a great all-round entertainment that combines a classic island feast with music and hula dancing. For location and sense of place, it's hard to beat the luau at the Royal Hawaiian on the Waikiki waterfront.

The food-focused destination that's got Hawaii talking is Kakaako, the neighbourhood between Waikiki and downtown Honolulu. Once an industrial area, Kakaako is edgy and urban, but in a Hawaiian kind of way. There's some great street art to discover here, however the main attraction is creative Hawaiian restaurant food - gourmet dishes featuring local pork and venison, inspired salads, unique pizzas, Hawaiian-style Reuben sandwiches, tropical tacos and wicked cream pies. Kakaako is also the place to discover Hawaiian craft beer and locally grown coffee.

Other great flavour experiences to seek out include poke bowls at Foodland in Ala Moana, handmade lau lau (pork and fish wrapped in ti leaves) and coco puffs from Liliha Bakery. When you're travelling from south to north on Oahu be sure to pause at Manulele Distillers for a rum tour. The Ko Hana agricole rum you can buy here is truly something special, because it's made from hand-harvested local sugar cane. Most other rums in the world are made from molasses.

Surfing was invented in Hawaii, so there's no better place on the planet for a surf lesson. There are several surfing schools based at Waikiki, as well as along the northern coast of the island. Getting pro lessons has a huge impact on surfing success - you'll learn the tips and techniques that make it easier to pop up and catch a ride.

If you're staying in Waikiki, the lure of Diamond Head is hard to resist. This volcanic landform dominates the eastern views and the hike to its 230-metre summit takes about an hour. It's one of Hawaii's most iconic outdoor adventures. The trail was originally built in 1908 by the US Army and there are numerous military installations to discover. The view from the top of Diamond Head is monumental.

The west coast of Oahu is where you'll find several snorkelling locations, as well as whale, dolphin and turtle adventures. Look for operators who are aligned with marine conservation and research groups.

Oahu's north shore has some of the top Hawaii tourist attractions, including Sunset Beach, North Beach, Velzyland Beach and Waimea Bay. If you want to watch surfing at its most extreme, head for the Banzai Pipeline; the biggest waves happen between November and April.

As well as sun, sand and surf, shopping is rated as one of the top things to do in Hawaii. You'll find US stores and brands that aren't available in New Zealand, so make sure there's room in your suitcase. Before you hit the shops, prepare by dressing in cool clothing and comfortable shoes. If you're shopping in weekend, have brunch first - most shops open later on Saturday and Sunday.

Waikele Premium Outlets, just 30 minutes from Honolulu, is one of Hawaii's most popular shopping destinations because it specialises in designer bargains. There are more than 50 brand name stores here, including Coach, Calvin Klein, Kate Spade, Michael Kors and Ralph Lauren. If you want gear that's perfectly compatible with the Hawaiian holiday lifestyle, Tommy Bahama and Banana Republic have outlet stores here.

For a foray into Bloomingdales, Macy's and Nordstrom, Ala Moana is your shopping centre. Located near Waikiki, it includes more than 350 stores and restaurants. West of Honolulu is Hawaii's newest shopping centre, Ka Makana Ali'i. Growing all the time, this shopping area serves a vast new housing area in West Oahu.

On the northern side of the island is Haleiwa, a friendly beach town that offers a more local shopping experience. There's a farmers' market, multiple art galleries, surf wear stores and a bustling town centre with all the essentials.

Hawaii is always beautiful, however the least-crowded times for Hawaiian tourism are from mid-April to mid-June, then September to mid-December. While rainfall is spread throughout the year, the wettest month is December and the driest months are June to September. In January the maximum temperature is around 26°C, while in August it gets into the low 30s.

Get the most out of your trip with Seats to Suit