Catch a live sports experience in the USA

With a hot dog in one hand, a beer in the other and peanut shells spilling out of your pockets, it's time to embrace crowd culture and relish live sport as only the USA can do it. Going to a game is as American as apple pie, and it's super-easy when you can buy tickets online before you leave home.

The MLB (Major League Baseball) season runs from March to September; NHL ice hockey is on from October until June; NWSL (National Women's Soccer League) games are on from April until October; NBA basketball happens from late October until mid-April; and NFL football runs from early September until early February.

If golf's your thing, they tee off in Augusta in early April; for some world-class tennis action, Flushing Meadows in August is your target; and if you have a marathon on your mind, you can apply to run in Boston (April) or New York (November). And don't forget the Indy 500 in May to see Scott Dixon! 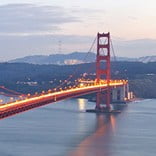 Best sports experiences in the south

To catch these southern teams and events, fly Air New Zealand non-stop to Houston, then pick up a rental car or connect to a local airport with our alliance partner United Airlines. All your USA flights - both international and domestic - can be booked through our website.

Best sports experiences around the Midwest and East Coast

For these live sports adventures, fly Air New Zealand non-stop to either Houston or Chicago, then connect as necessary to a local airport with our alliance partner United Airlines. All your USA flights, both international and domestic, can be booked through our website. From October 2020, we'll be flying non-stop to New York*.

To see the best California teams, fly Air New Zealand non-stop to either San Francisco or Los Angeles. If you're venturing on to Colorado or Portland, you can add a domestic flight with our alliance partner United Airlines. All your USA flights, both international and domestic, can be booked through our website.

Portland and San Francisco and Portland